During the last decade, there has been interest in the use of plasma as a medium for realizing antenna elements, which then differ from the traditional antenna design that is based on metallic wires and surfaces. Though the idea is not new only recently the feasibility has been demonstrated, thus paving the way to a completely new class of antennas.

A Gaseous Plasma Antenna (GPA) can be defined as a device that relies on a weakly or fully ionized plasma to either radiate or receive electromagnetic (EM) waves. The plasma discharges used as radiating elements are confined in dielectric tubes (usually glass) or other enclosures that may come in different shapes (e.g., loops or monopoles) depending on the intended application. Plasma generation techniques include laser-initiated atmospheric discharges, DC/AC discharge, and radio-frequency (RF) surface-wave plasmas. GPAs have more degrees of freedom than metallic antennas, which makes them suitable for a wide range of applications.

When the plasma is off, the GPA reverts to a dielectric tube with a very low radar cross-section, and this eliminates coupling and interference with nearby antennas; such feature makes GPAs appropriate for stealth communications.

When the plasma is on, GPAs offer several advantages, namely:

This research activity is currently carried on in strict cooperation with CISAS and T4i. 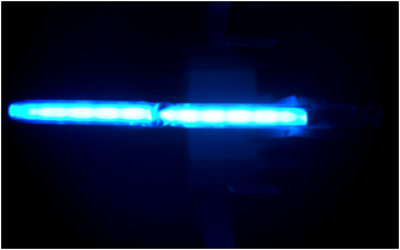 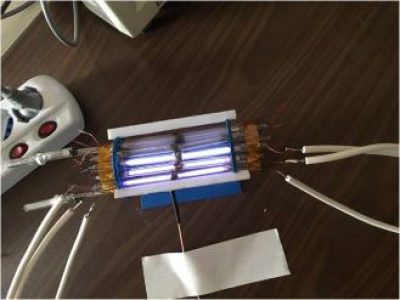 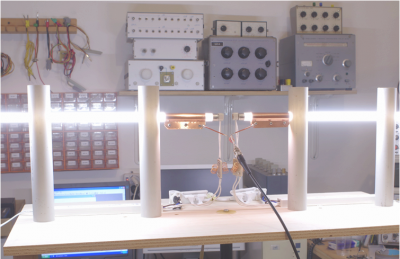 As the applications of modern wireless communication systems grow, the antenna requirements become ever more complex. Some of these requirements include load-bearing capabilities, wearable functionality, vibration tolerances and extreme environmental immunity. To meet some of these challenges, designers have turned to the development of conformal antennas. However, one of the drawbacks of using conformal antennas to meet some of the aforementioned requirements is the unwanted radiation pattern distortion, caused by the deformation of the surface on which the antenna is attached upon. Fortunately, some preservation of the radiation pattern of a changing conformal antenna can be achieved by implementing mechanical and electrical compensations at a single frequency band into the design. However, one of the drawbacks of many of these compensation techniques is the requirement of extensive signal processing, the narrowband correction algorithms used and potentially complex sensor networks. In addition to conformal antennas, frequency reconfigurable antennas are being used by wireless platforms to increase coverage and access multi-band provider services such as global positioning system, Bluetooth, third generation, worldwide interoperability for microwave access, wireless fidelity and ultra-wideband services. By using a reconfigurable antenna, a designer can possibly avoid the implementation of multiple antennas in a device and use the additional benefit of the resonant frequency of the antenna to avoid complicated and expensive multi-band filtering. In this research, the benefits of self-adapting conformal antennas and reconfigurability are combined into one design.

The commercialization of wireless devices based on the principles of ultra-wideband (UWB) technology is widely anticipated given the recent endorsement by US regulators and Europe’s efforts in the same direction. The commercial prospects and the technical challenges to be overcome when developing and deploying UWB systems have spurred a rapidly growing activity within the wireless industry and research institutions, mainly in North America.
A particularly challenging area at the physical level is undoubtedly the antenna design and implementation for UWB radio devices. Generally, pervasive communication devices require small and preferably non-obtrusive antennas that can be integrated into miniature devices and are capable to operate effectively under varying environmental conditions, often in near-field propagation conditions. The design and implementation of effective antennas is much more challenging for UWB radio systems than for conventional narrowband systems given the large bandwidths, high gains and variable conditions of operation. Moreover, since the UWB is not a standard in the European Community yet, definitive antenna designs cannot be performed and used. As a matter of fact, in this scenario the capability of modify the apparatus according to the new standard is mandatory.
Our group is engaged in researches devoted to perform low cost antennas for communication and measurement systems. The attention is focused on planar technology which at the state of the art seems the best compromise between cost and performances. Planar antennas such as monopoles, tapered, bow-tie and so on cover practically every type of applications, however their design and specially their realization using different commercial and novel substrates is still improvable in order to achieve better antenna performances and reproducibility. 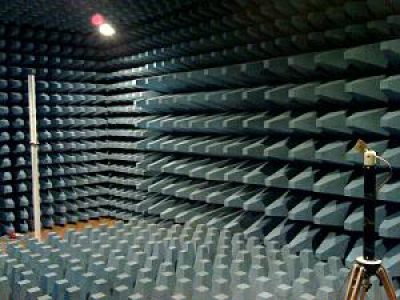